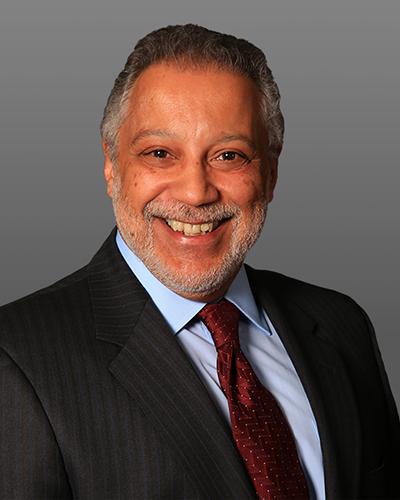 Carlos Hernández joined AGB Search in 2013.  He has conducted many successful searches for senior leadership positions at private and state universities, and community colleges, most recently for:

Dr. Hernández previously served as President of New Jersey City University for 19 years and in 2012 was named President Emeritus of the University. Under his leadership the University expanded its scope, underscored its urban mission, and attained university designation on May 29, 1998.  Dr. Hernández also served in various capacities at the institution: as Provost, Vice President for Academic Affairs, Executive Assistant to the President, and member of the faculty.

Dr. Hernández is a member of the editorial board of Hispanic Outlook in Higher Education.  He has served on the American Council on Education’s Commission on Advancement of Racial and Ethnic Equity, the Board of Trustees of the Council for Adult and Experiential Learning, and is a past chair of the Board of Directors of the American Association of State Colleges and Universities.

In New Jersey, Dr. Hernández served as chair of the Presidents’ Council Academic Issues Committee and is a former member of the Committee. Dr. Hernández is also a former chair of the Hudson County Chamber of Commerce and Industry.  He serves on the boards of the Eastman Fund, the Liberty HealthCare System, Inc., Provident Bank, and is Chair of the Board of the Open Sky Museum.

Dr.  Hernández is the recipient of several awards, among them, India's prestigious Priyadarshni Academy's Global Award for Promotion of Education, the Prabhakar R. Shukla Humanitarian Award, and the State of New Jersey’s Many Faces – One Family Award.