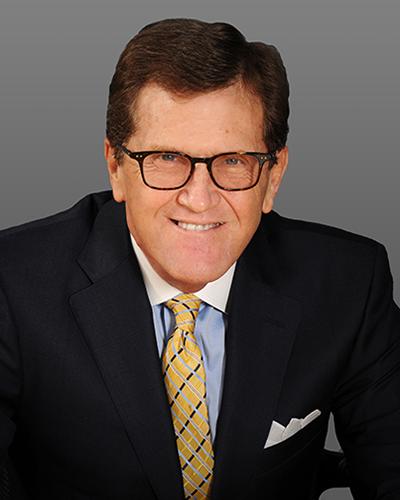 During his tenure as President, BVU reached new heights in academic quality, fundraising success, program development, financial strength, and facilities construction. In 2017, the institution named him President Emeritus and awarded him an honorary doctorate.

Prior to his service at BVU, Mr. Moore served as Vice President for Development and General Counsel at North Carolina Wesleyan College. He has also practiced law and has experience as a marketing executive and financial analyst in private industry.

Mr. Moore has served on the boards of The National Association of Independent Colleges and Universities, The Council of Independent Colleges, and The Council for Adult and Experiential Learning. He also chaired the boards of The Iowa Association of Independent Colleges and Universities, The Iowa Intercollegiate Athletic Conference, and Iowa Campus Compact. He was appointed by Iowa's governor to numerous commissions and task forces, including the Iowa College Student Aid Commission and the Iowa Commission on Volunteer Service. He currently serves on the board of Pathward, a publicly traded financial services company, where he chairs the Compensation Committee. He also serves on the CampusWorks' Executive Advisory Board.

Mr. Moore holds a Juris Doctor with honors, an M.B.A., and a B.A. from The University of North Carolina at Chapel Hill. He is a member of Phi Beta Kappa and Beta Gamma Sigma. He served on UNC's North Carolina Journal of International Law and was a Dean’s Scholar at the University’s Kenan-Flagler School of Business.