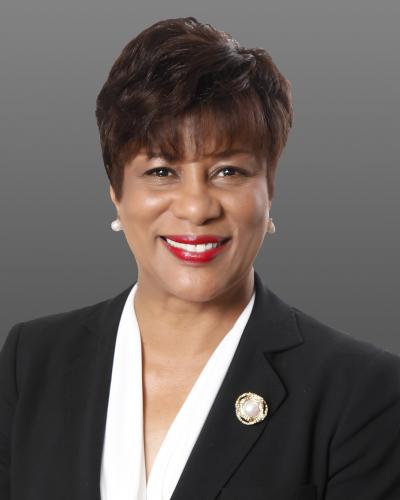 Jeanne Foster Jacobs joined AGB Search in 2021. As a proven leader in higher education, she brings over 35 years of executive experience that advanced the strategic direction, innovation, and institutional performance in community and state colleges.

Previously, Dr. Jacobs served for fifteen years as President and CEO of Miami Dade College’s Homestead campus. During her tenure at MDC, Jeanne led many college-wide initiatives that resulted in the complete transformation of the campus, from its physical size to significantly increased student enrollment and engagement.

Prior to MDC, Dr. Jacobs held the position of Vice President of Instruction at Sinclair Community College in Dayton, Ohio.

Dr. Jacobs earned her Ph.D. in Administration of Higher Education from the University of Alabama, Master of Education from Alabama A&M University and B.A. in English from Fisk University.  Dr. Jacobs has completed post-doctoral work in leadership development with the Institute for Educational Management and the New President Seminar at Harvard University.