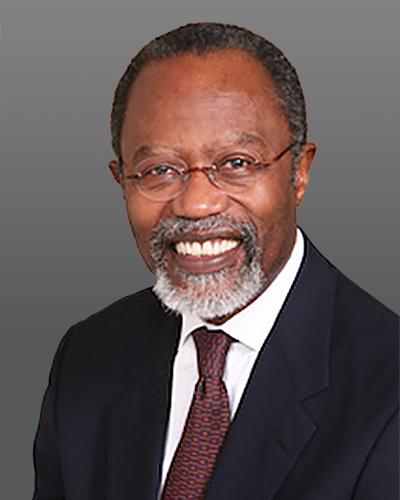 Phillip L. Clay  joined AGB Search in 2020. He is the former Chancellor of the Massachusetts Institute of Technology (2001 - 2011) and Professor of City Planning.  As Chancellor he had responsibility for graduate and undergraduate education at MIT, student life, student services, international initiatives, and the management of certain of MIT’s large-scale industrial and international partnerships. A member of the MIT faculty since 1975, Professor Clay served as Associate Provost from 1994 to 2001 and was the Head of the Department of Urban Studies and Planning from 1992 to 1994.

Professor Clay is widely known for his work in U.S. housing policy and community-based development and is a founding member of the National Housing Trust.  He was also Chair of the Board of The Community Builders, Inc., one of the nation’s largest nonprofit developers of affordable housing.  In recent years, Professor Clay has served as a senior advisor on projects in several areas that include: public housing and community capacity-building.  From 2002 to 2006, he served as Chairman of the Board of Roxbury Community College and was a founding board member and Vice Chair of the MasterCard Foundation 2006-15.  He was a member of the Kresge Foundation board and Chair of the Board of the Federal Reserve Bank of Boston.