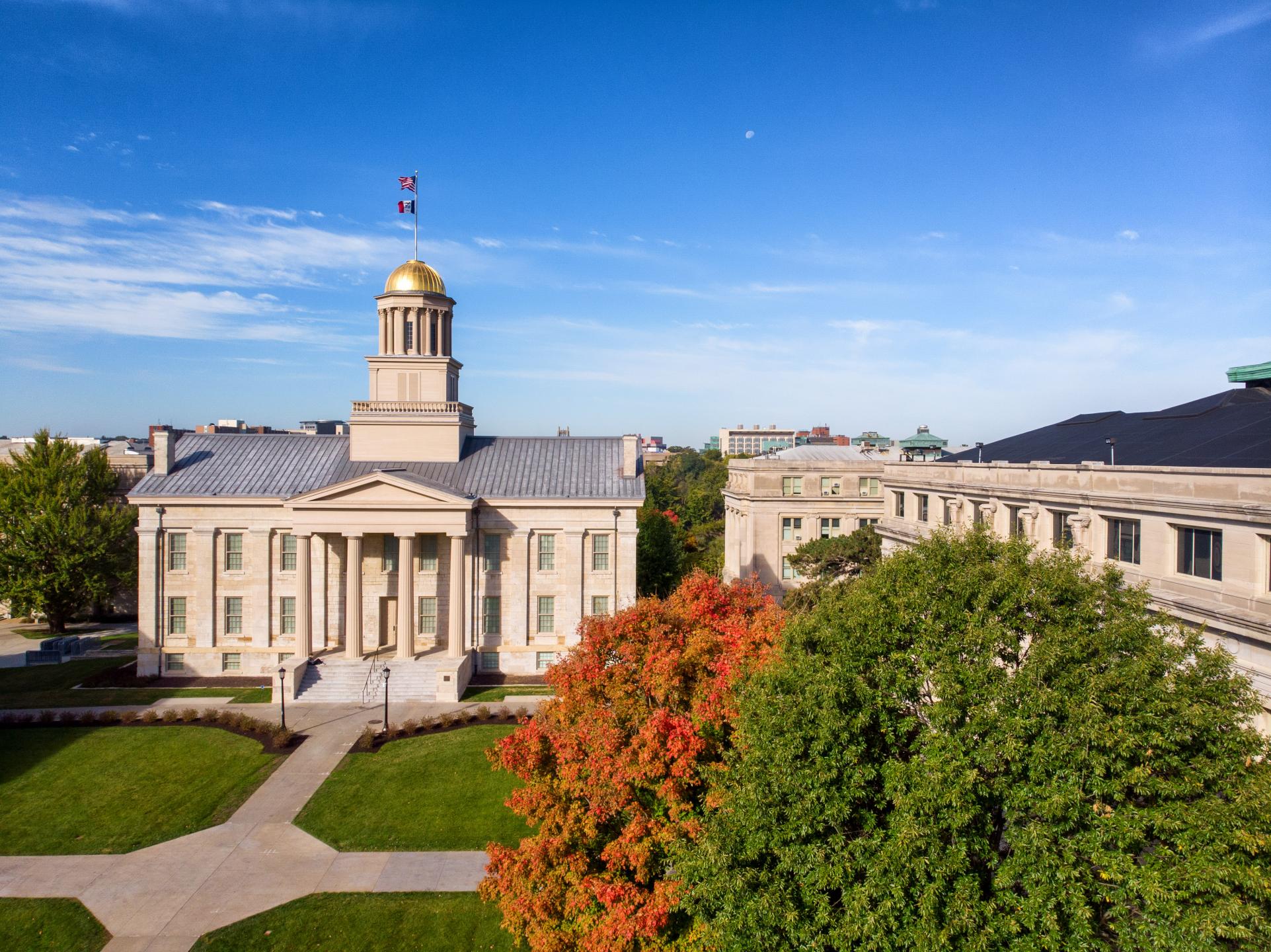 The Board of Regents, State of Iowa, has announced Dr. Barbara J. Wilson as the 22nd President of the University of Iowa. Dr. Wilson brings extensive leadership experience to her role as UI President. Since 2016, she has served as Executive Vice President and Vice President for Academic Affairs for the University of Illinois System, which enrolls more than 90,000 students across three main campuses and includes a 462-bed hospital. 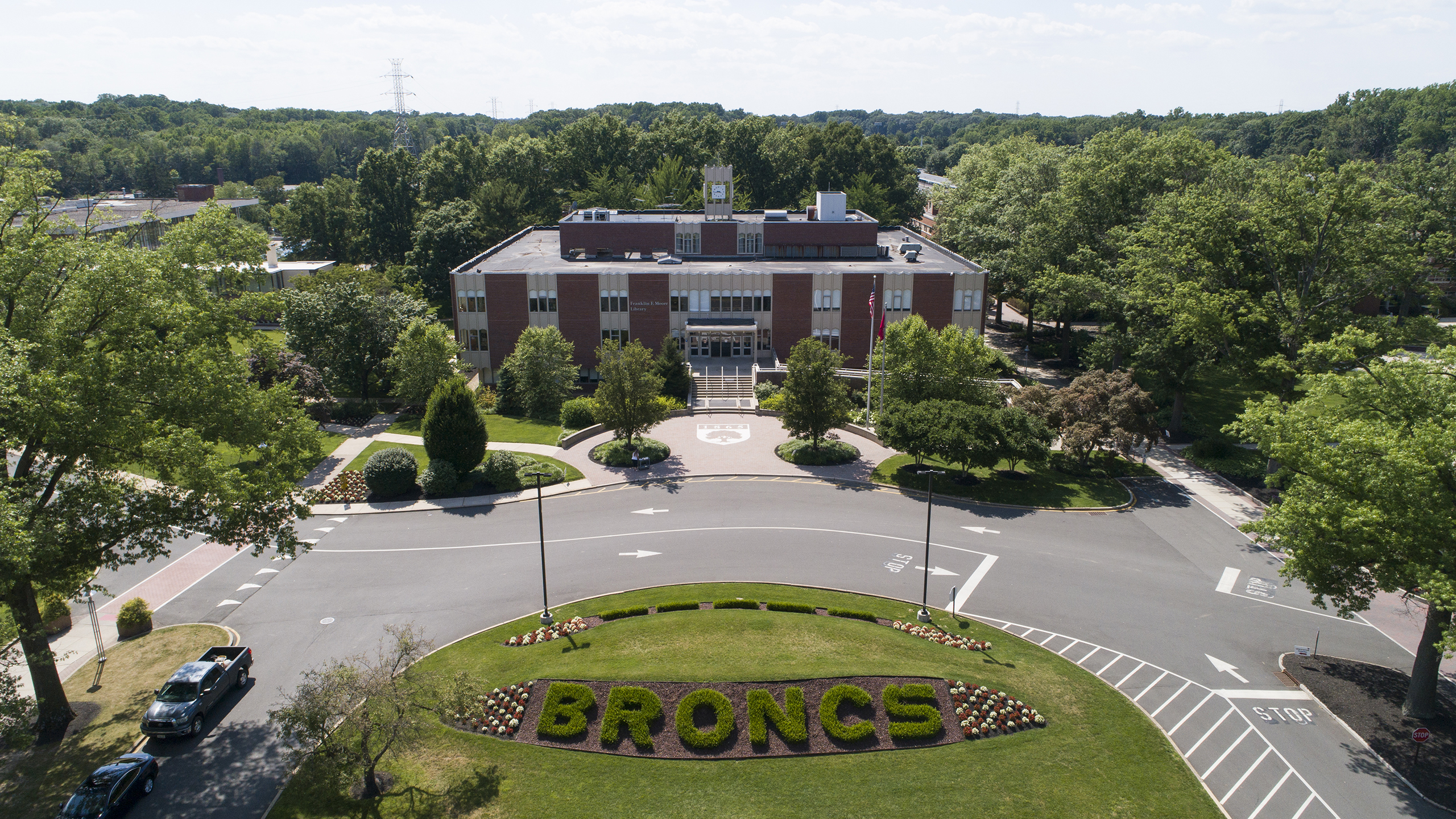 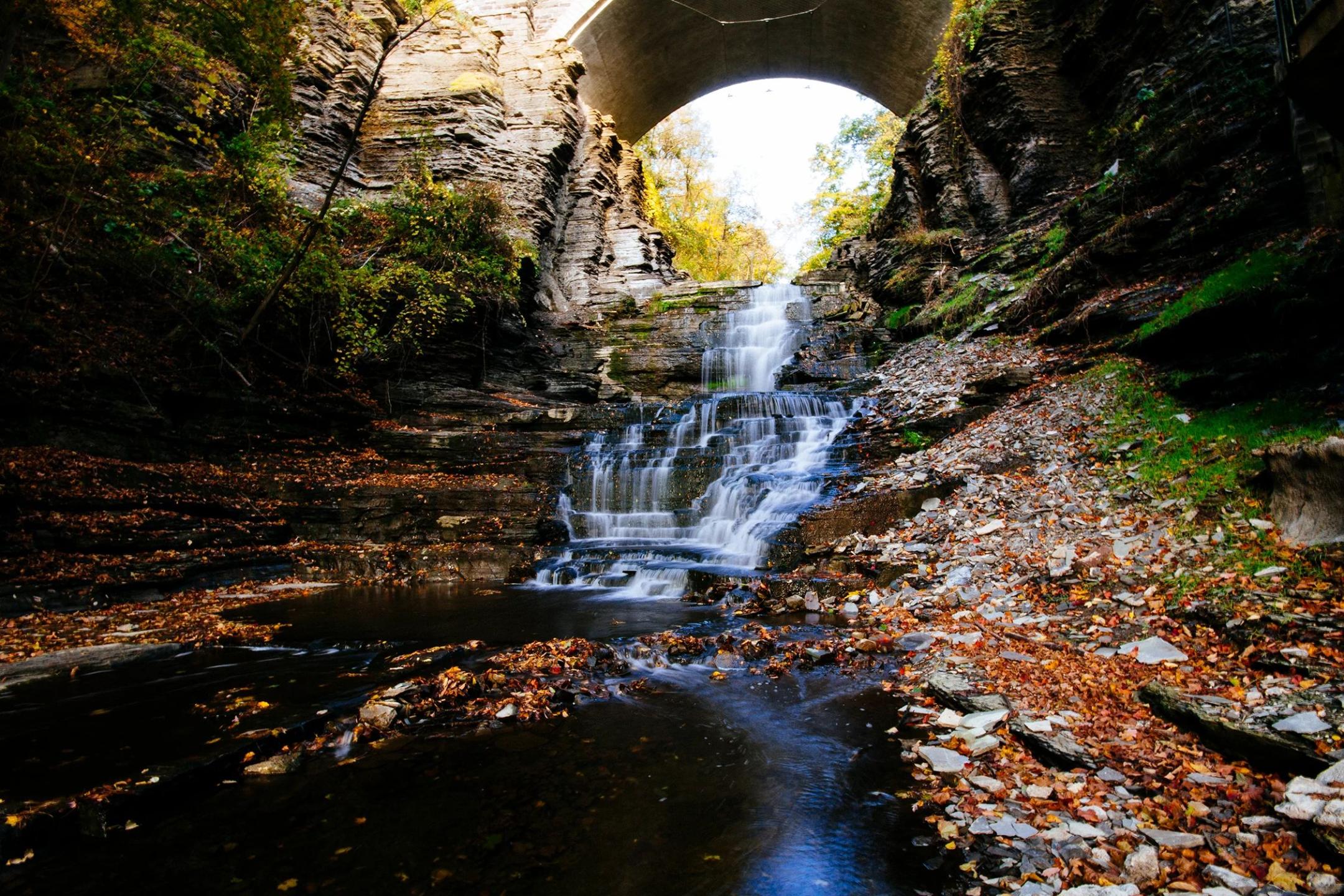 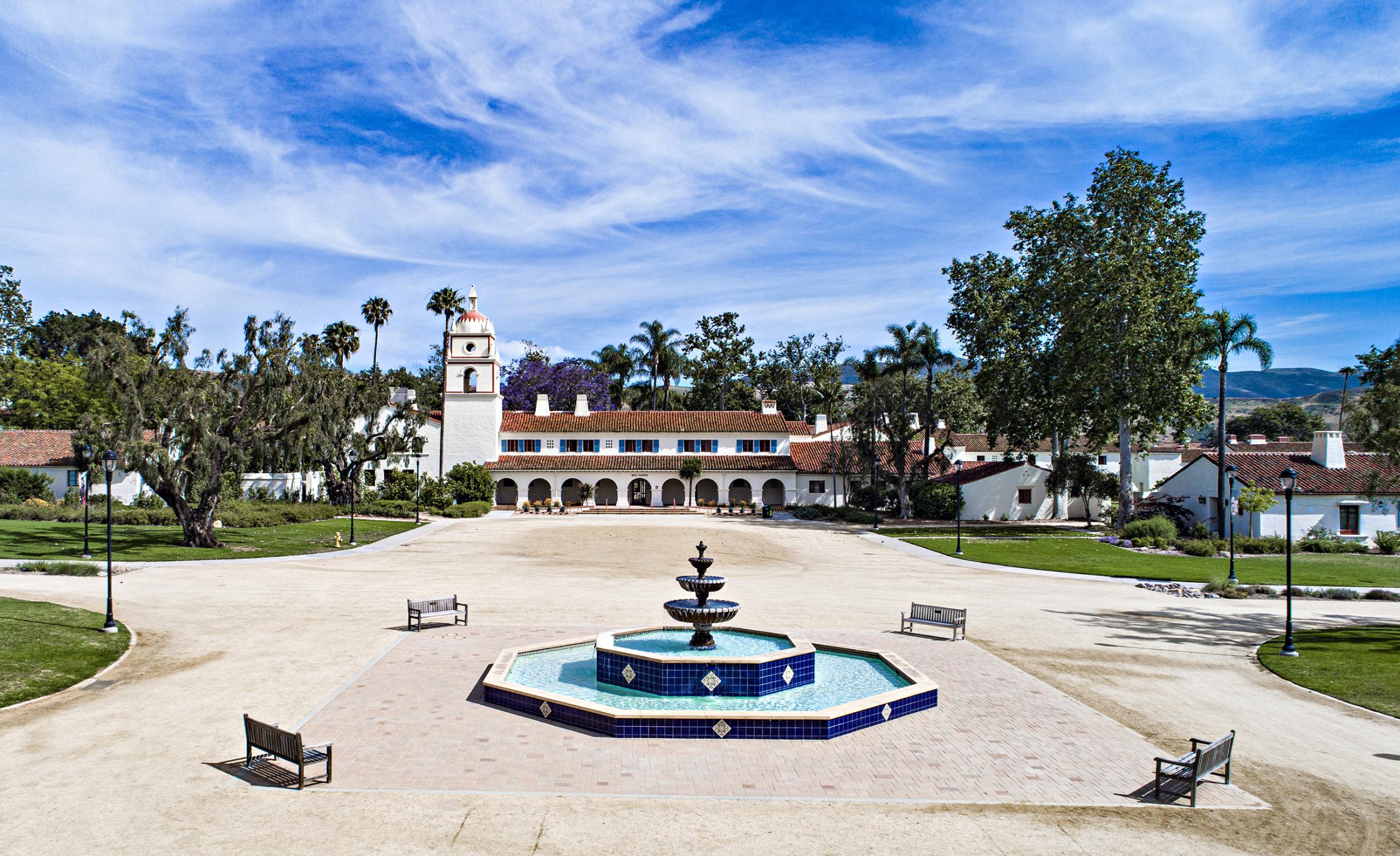 Delaware Valley University has announced the appointment of Mr. Curtis M. Topper as the new Vice President for Finance and Administration. He will take up the position in July.  Currently serving as the Secretary of the Pennsylvania Department of General Services, Mr. Topper is a member of the Governor’s cabinet of the Commonwealth of Pennsylvania. In this role, he has overseen the state government operating agency responsible for the procurement of goods and services, management of non-highway capital projects, management of the commonwealth’s real estate portfolio, increasing and advancing contracting opportunities for small and diverse businesses and the maintenance and protection of state-owned buildings and facilities. Mr. Topper is an experienced financial and shared services executive with a unique combination of government, corporate and higher education experience spanning over 25 years. Prior positions include AVP Purchasing, Contracts and Accounts payable at Georgetown University, Director of Shared Services and Outsourcing Advisory at KPMG and Chief Operating Officer of the Neiman Group in Philadelphia. As a Ph.D. candidate at Carnegie Mellon University, he holds a Master of Philosophy from Carnegie Mellon University and an A.B. in Political Science from Brown University. Read more here.

Point Park University has appointed Ms. Julie Cryser as the new Vice President of University Advancement. She began her duties at Point Park on May 31, 2022. She will oversee the offices of Alumni Engagement, Government Relations, Public Relations, and Grant Support. In addition, her division will coordinate the fundraising activities of Athletics, the Center for Media Innovation, the Pittsburgh Playhouse, as well as academic program fundraising in conjunction with the academic deans. Ms. Cryser joins the Point Park community from Pierpoint Community & Technical College, where she was vice president for Institutional Advancement and foundation director. Prior to her time at Pierpoint, she spent time as president of the Fairmont State University Foundation and in several advancement and development roles at West Virginia University.

Ms. Sarah Mouch has been appointed as the new Vice President for Administration and Finance at Blackburn College. She will begin her duties with Blackburn on August 15, 2022. Ms. Mouch is currently the Chief Financial Officer at the Methodist Theological School in Ohio, a role she has held since 2018. At the Methodist Theological School, she oversaw the annual budget, an endowment of over $50 million, and worked extensively in the areas of compliance, retirement plans, insurance, and risk management. Ms. Mouch also has experience in the corporate world, including in the areas of banking and insurance. She has a BA in accounting from Lakeland University and an MBA from the University of Michigan-Flint.

Misericordia University
Dean of the College of Arts and Sciences
John Woznicki, Ph.D.

Misericordia University has appointed John Woznicki, Ph.D., as the new Dean of the College of Arts and Sciences. He will officially begin his role at MU on July 5, 2022. Previously, Dr. Woznicki served as dean of Graduate and Professional Studies at Delaware Valley University, Doylestown, PA. Prior to that, he was the dean of the Heavin School of Arts and Sciences at Thomas Edison State University, Trenton, NJ. Dr. Woznicki has also served as provost and associate vice president of academic affairs at Union County College and head of the Division of Arts, Communications, and Humanities at Holy Family University, Philadelphia, PA where he was also a professor of English. He is also a literary critic who specializes in the poetry and culture of the 20th century and holds a Ph.D. in English from Lehigh University, a master's in English from the College of New Jersey, and a bachelor's in English from Worcester State University.

Misericordia University has appointed Mr. James J. Pierson, CPA, M.S. (Tax), J.D., as Dean of the College of Business. Mr. Pierson is currently chair, MBA Program Director, and Assistant Professor in the Business and Entrepreneurship Department at Chatham University in Pittsburgh, PA. Jim will officially join the Misericordia community on June 27, 2022. He previously served for three years as the Lead Faculty and Program Chair, Undergraduate Accounting at Franklin University in Columbus, Ohio.  His teaching and research interests include taxation, accounting (financial reporting), business law (consumer protection), and business sustainability. He earned his B.S.B.A. in accounting and management from Youngstown State University, his M.S. in Taxation from Robert Morris University, and his J.D. in law from Duquesne University.  He is licensed as an attorney and certified public accountant in Pennsylvania and is certified as a chartered global management accountant.

Mr. Mohammed I.T. Bey was selected as the inaugural Vice President for Institutional Inclusion at Carroll University. He began his work on May 1.  Mr. Bey was previously the Chief Officer for Diversity, Equity, and Inclusion at Northeast Wisconsin Technical College in Green Bay. He is currently working on a Doctor of Education in Leadership and Learning in Organizations from Vanderbilt University. Bey also holds a Master of Science in Organizational Leadership and Quality and a Bachelor of Arts in Communication with an Organizational and Public Relations focus, both from Marian University. Read more here.